Year of the Tiger

What does the Tiger mean?
The Chinese Zodiac dates back to the Qin Dynasty over 2000 years ago and is rooted in a system of zoolatry (or animal worship). As the legend goes, the Jade Emperor challenged all the animals in the Kingdom to a “Great Race.” Whoever arrived at his palace first would win his favor. The Tiger was sure that he had the race in the bag, but ended up placing third after the cunning Rat and workhorse Ox snuck in ahead of him. Thus, Tigers are extremely competitive people, known for their courage and ambition. Tigers are ambitious, but they’re also extremely generous with a drive to help others. Tigers want to win but they’re also always seeking justice.

The Tiger is associated with Yang (masculine, active) energy. Tigers do things their own way and hate being told what to do. Expect things to rapidly change this year. Sudden disruptions in career, romance and home life should be expected. Some of us will thrive through taking great leaps, while others might crash and burn. So while it’s important to follow our intuition and run with our wildest dreams, that means we also have to keep our egos in check.

In addition to the animals, the Chinese Zodiac also cycles through five elemental types. So, this is not only the Year of the Tiger, it’s the year of the Water Tiger. Water years bring out our emotions more than any of the other elements. Water Tigers are family-oriented and have wonderful interpersonal relationships. Though they’re extremely driven and can be brash, their goal is always to do what’s best for everyone, not just for themselves. Overall, this is a year for switching careers, building teams or getting back into creative projects. Life is short so why not be happy?

I’m a Tiger. Is 2022 going to be my best year ever?
Born under this sign, you might think that the Year of the Tiger is your time to shine, but sadly, it’s actually the opposite. Traditionally, a zodiac sign’s year is the most unlucky for them in Chinese astrology. That said, since 2022 is about fiercely pursuing passions for all of the signs, as a Tiger, you know how to go big or go home better than most. You may be rewarded for the bold risks you’re willing to take.

Though this isn’t the ideal year for the Tiger, this year will be great for Horses (who prioritize freedom over everything), Pigs (who are pragmatic yet pleasure-driven), and Dogs (who are fiercely loyal). Monkeys (who are driven by intellect rather than action) and Snakes (who love strategizing in secret) may have a harder time this year. 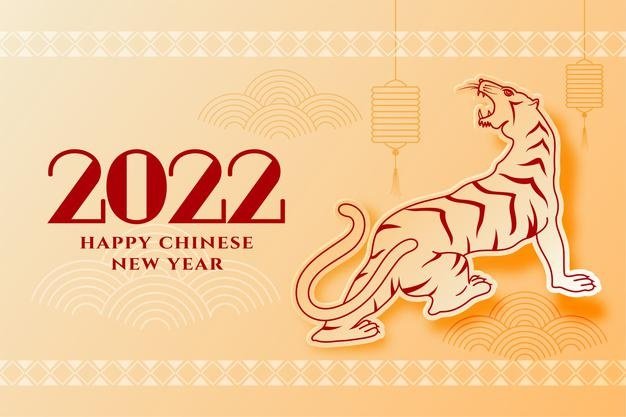